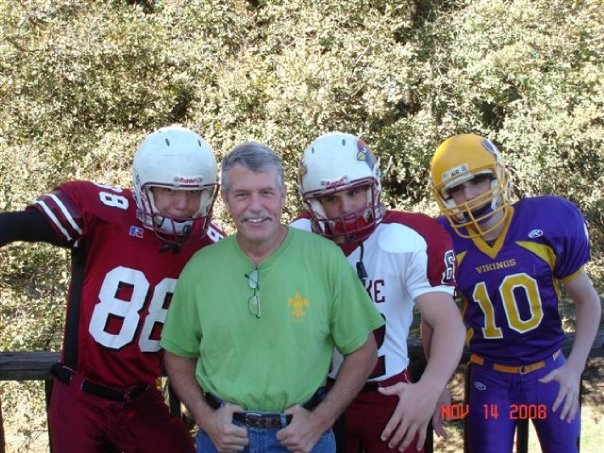 Over the last couple of months, I have had a few people come in and ask about concussions and traumatic brain injuries (TBIs). I am finally getting around to writing about concussions. I’ve been doing a bunch of research on concussions and other TBIs. Today we’re going to talk about what I have learned thus far. This is by no means a complete review of the available research it is however a compilation of the information I have found useful and generally practical when dealing with minor traumatic brain injuries and concussions. I Also have also experienced a few concussions. the above photo is of myself my brothers and our dad, who also played football. All four of us likely experienced mild concussions. I remember being woken up by my mom in the middle of the night after a football game because they were concerned I had experienced one. None of us had any idea about the potential severity of these brain injuries. Now that I know more about them I hope I can convey that information to you effectively.

What is a Traumatic brain injury and what is a concussion?

To start I want to define a few terms, the first one is a concussion. A concussion is an injury to the brain that happens as a result of the brain colliding with the hard surface of the skull. Typically these injuries happen as a result of hitting the head against something. A traumatic brain injury is slightly more encompassing. TBIs refer to any injury to the brain. So a concussion is a specific, usually mild form of a TBI but a TBI is not necessarily a concussion. Other examples of TBIs are anything that causes trauma to the brain. Concussions are the most common form of TBI.

Concussions and TBIs are very common, they can happen to anyone. I found a few statistics that show how common these injuries can be. According to the CDC in 2019 around 15% of high school students have reported a form of TBI due to sports. According to that same article in 2020, there were 176 deaths per day related to TBIs.  That’s not to mention all of the unreported accidents where TBIs and concussions have occurred.

How do they happen?

Most concussions happen as rapid deceleration of the head in which the brain is forced to the front or rear of the skull and the brain and skull collide. This happens in car accidents, falls, and during football games, rugby matches, or practice. They can also occur when the head is hit by an object making concussions very common among soccer players who use their heads to pass the ball. Any time you hit your head you have the potential to have inflicted a concussion.

The brain is a very sensitive piece of machinery, that is unimaginably complex. It is housed within a bony structure, known as the skull, designed to protect it from injury. To give you an idea of how safe the brain is inside the skull the space in which it resides is known as the cranial vault. The skull doesn’t come with state-of-the-art airbags to protect the brain from the relatively recent onslaught of high-velocity injuries such as car accidents. There is however a fluid that fills the spaces between the brain and the skull that aids in cushioning the brain when the head is impacted. This fluid, known as cerebral spinal fluid (CSF), does a fantastic job at protecting the brain. So much so that it takes 90-100 G’s to cause a concussion. According to one article, from the University of Michigan, this amount of force can be generated by running your head into a brick wall at about 20 miles per hour. This is quite a bit of force and so when the impact happens it can damage the brain quite drastically.

These symptoms depend on which area of the brain has been affected by the concussion.

Apart from the list of symptoms, it is also important to note that concussions can change people’s lives profoundly. In the symptoms, I listed above I mentioned irritability. Irritability is often a symptom but in many cases, it’s not just irritability but aggression. In this study done at John Hopkins, they followed a group of 107 people for 3 months, all of whom had experienced a TBI. They found that 28% of the participants of the study experienced bouts of verbal aggression. It is important to note that there were 40 people excluded from the study for various reasons including loss of contact because of documentation of a mistaken address or phone number, serious mental illness, or incarceration. All of these reasons to be excluded from the study are potential symptoms of mild to the severe post-concussive syndrome. Of the 40 excluded from the study only 8 declined to continue the study, the rest were lost maybe because they were just lost or maybe because the symptoms of the post-concussive syndrome were worse than the individuals could tolerate while being a part of this study.  As for the 67 individuals that remained in the study 28% of them exhibited some form of verbal aggression post-concussion.

What to do if you suspect you have a concussion?

Before we continue, if you suspect you’ve had a concussion, especially if you’ve lost consciousness seek medical attention. There are a lot of things that can go wrong shortly after a concussion, the worst in my opinion is probably a brain bleed which is a type of stroke within the brain. I don’t want you in my office if that is your case. I want you to go get the care you need and if you are having a severe problem as a result of a head injury, concussion or TBI please go to urgent care and get it taken care of. In the days following your concussion come and see me. At that point, your chiropractor can help.

In most cases, following a head injury upon reporting to urgent care individuals are screened for several things including concussions and other symptoms of TBI. If the patient’s life is not in danger and they are diagnosed with a mild concussion they are sent home with some pain medication for headaches and are told to rest and monitor their symptoms. This blows my mind… if you suffer a concussion your head smashed into something so hard that it caused your brain to ram into the inside of your skull! That sounds terrible! But the only medical answer is dull the nervous system with some pain meds and monitor the symptoms? It seems that there would be more we can do to help the organ, that is responsible for every process your body accomplishes, and heal.

I don’t want to take away from what the medical field does, they save so many lives, I would be amiss not to acknowledge the many medical doctors who work tirelessly to understand and treat these types of injuries. There are also specialists in Traumatic Brain Injury, and they are working very hard to come up with ways to help people overcome the symptoms associated with TBI. I am grateful to see the research that they are pumping out concerning these difficult and life-changing injuries. I believe there has to be more than pain meds and some monitoring, that we can do in the medical field to decrease the effects a TBI has on the person affected. There is still much to be done and understood about TBIs, and there will likely be many breakthrough protocols for overcoming the symptoms associated with TBI. In the meantime giving the body the best opportunity to successfully heal is the best bet at overcoming these challenging situations and that is what I strive to help my patients do.

The approach of a chiropractor.

Even with the complexity of TBIs that seems to eclipse any solutions for the associated symptoms, there are a few answers. There is emerging research around a few supplements that have the potential for helping patients successfully overcome concussions and other TBI. First, the easiest thing to do is increase some essential nutrients used for repairing neurological tissue like the brain. In other words, give the brain the tools it needs to heal. There is a lot of research about increasing omega 3 fatty acid intake post-concussion (here is a review of that research). This type of fat is largely what the brain is made of but is often in short supply in the standard American diet. Omega 3 fatty acids are also anti-inflammatory and decreasing the inflammatory process while recovering from a brain injury is essential. Next, B vitamins specifically B12 are used by the body in the repair of neurological tissue (check out this study about TBI and B12). When I see a patient who has recently had a concussion I make sure they are getting adequate amounts of these two supplements as well as the other B vitamins B6 and B9. There is some emerging research out there talking about how decreasing screen time can help relieve symptoms, because there are no side effects to decreased screen time I always recommend that.

I also get my patients who have suffered a concussion checked and adjusted. That’s the number one thing I want to do because I know that I can help the whole nervous system communicate better and therefore heal. This is especially important in concussions. As we noted earlier it takes 90-100g’s to cause a concussion. Whiplash-associated injury to the neck can occur at around 7 g’s. If you’ve had a concussion I can almost guarantee that you’ve injured your neck as well. Concussion symptoms and neck injuries can also be correlated with each other. If the upper cervical complex is misaligned it affects the flow of cerebrospinal fluid. One of the jobs of cerebrospinal fluid is to wash the brain which is incredibly important when the brain is trying to heal itself.

TBIs happen all the time. Most of the time the body can adapt to the trauma that has been incurred but occasionally it needs some help to overcome it. When that happens the symptoms associated with TBI can be overwhelming and life-changing, doing all we can to support the body and brain during a time when it is trying to recover from an intense injury can mean a world of difference in an individual’s life. Here is one of my recent success stories regarding a high school student and their concussion story.

I would love to be your chiropractor in Juneau. If you are anyone you know has experienced a TBI or concussion please reach out, or book an appointment I would love to help. The information presented in this article is for informational purposes only. If you have any questions please feel free to contact us at Happy Family Chiropractic. Be sure to consult a doctor when dealing with these types of injuries.

BOOK AN APPOINTMENT
← Prev: Chiropractic Success Stories, The reason I come to work. Next: Inflammation, Your Body's Initial Response to a Trauma → 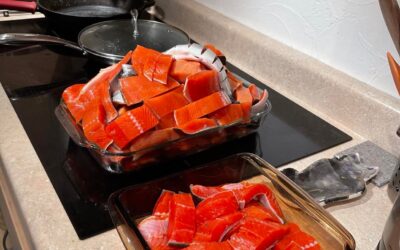 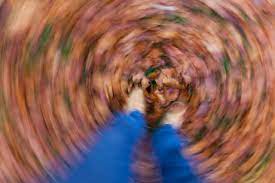 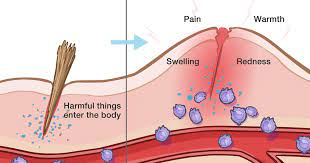